of lectures and a highly specialized curriculum which will serve

as an excellent educational resource for residents, fellows

Course Directors Drs. Jeffrey Dove r and Whitney Tope have selected the very best lecturers in Lasers & Cosmetic Cutaneous Surgery based upon their clinical acumen, depth of knowledge and ability to communicate.

The series consists of dynamic online audio slide presentations in both lecture and forum format. Topics range from Laser Safety and Anesthetic Techniques to Blepharoplasty and Fractional Resurfacing. For a full course list of Lasers & Cosmetic Cutaneous Surgery 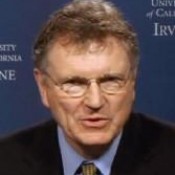 Dr. Christopher Zachary is a dermatologist who specializes in skin cancer and reconstruction, cosmetic and laser surgery. A professor and chair of the Department of Dermatology at UC Irvine, Zachary is a frequent speaker at national and international symposia and is often contact by the media (e.g., NY Times, CNN, Today Show) for commentary about dermatologic issues and treatments. He is a past president of the Association of Academic Dermatologic Surgeons. An educational innovator, he has written and edited numerous papers and books.

Zachary was born in Yorkshire, England. After completing medical school at the Royal Free Hospital, University of London, he trained in Internal Medicine and Dermatology. At the Institute of Dermatology, Guys and St. Thomas' Hospitals, he gained an interest in dermatological surgery. He completed his formal dermatological surgical education at the University of Michigan, Ann Arbor, MI.

Zachary returned to London to set up the first Mohs and laser skin surgery practice. In 1988, he became director of the University of Minnesota's Cutaneous Surgery and Laser Center. In 1997, he became a clinical professor and co-director of the Dermatologic Surgery and Laser Center at UC San Francisco Medical Center. In 2005, he accepted the position as professor and chair of the Department of Dermatology at the UCI Health School of Medicine.

First Section
Available in days
days after you enroll

When does the course start and finish?
The course starts now and never ends! It is a completely self-paced online course - you decide when you start and when you finish.
How long do I have access to the course?
How does lifetime access sound? After enrolling, you have unlimited access to this course for as long as you like - across any and all devices you own.
What if I am unhappy with the course?
We would never want you to be unhappy! If you are unsatisfied with your purchase, contact us in the first 30 days and we will give you a full refund.